Peter and Abbie have been working together over the past months. Peter is our customer at Upper Springland and Abbie is a Support Worker who assists Peter on a one-to-one basis. Here’s their story: 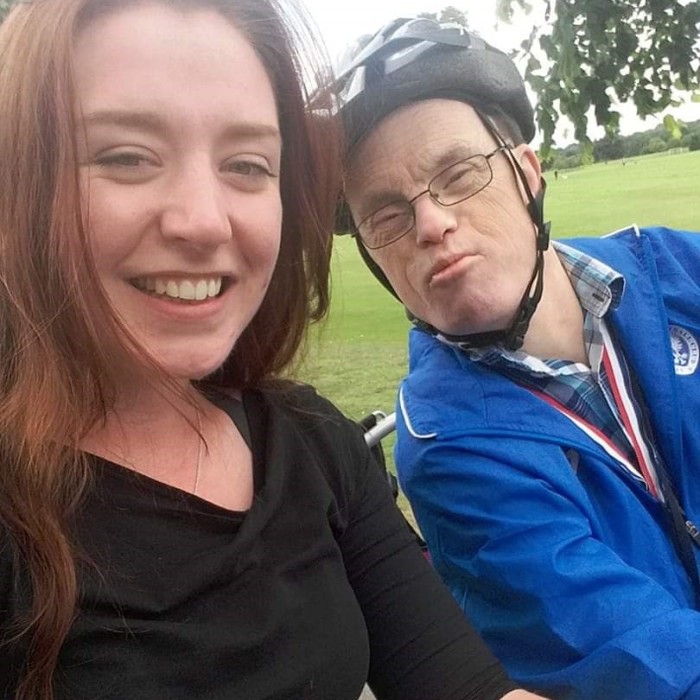 “Peter came to live with us as his dementia started to make it harder for him to live independently.

Peter and I immediately hit it off.

He used to have a set routine he would follow independently. Work, shopping, day centre, and importantly – football! His carers came in the evenings to do some bits and pieces, cook him a meal. As they left, it would get dark outside and Peter began to associate the dark with feeling alone. This led to a fear of the dark. When Peter came to live at Upper Springland, his confidence was incredibly low. I remember how afraid of the dark he was; it was so frightening for him. At this time, Peter was only happy attending his bank and doing his shopping during the day, so that’s what we did during his first winter with us. On other days, we were happy staying inside or within the grounds of Upper Springland.

As Peter and I spent time together, I realised he didn’t seem to be understanding as much of our conversations as he let on. He would pick out words and give us what he thought was a good response. Around the same time, Leona, our Speech Therapist, started offering Makaton training, a kind of sign language. I jumped at the chance, hoping that having a visual aid would help Peter understand more fully, and help his confidence – and it did. 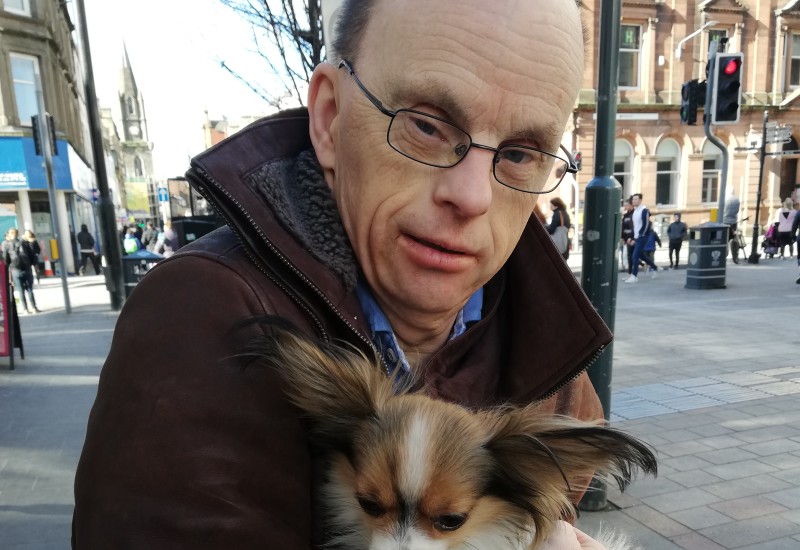 Peter and I now communicate using a lot Makaton and it’s helped immensely with his confidence. We go to his old workplace (of 30 years!) for coffee and a catch-up on a Monday, do some banking and shopping on Tuesday. On Wednesday, Peter and Steve (Support Worker) attend the All Ability Cycling in Perth which Peter loves.

Later in the week, Peter and I spend time in his garden which he cultivated himself or walk to the shops for papers, depending on what Peter prefers that day.

Last winter, Peter didn’t want to attend football at the weekend because of how dark and cold it was – which is fair enough! Instead, we’ve been taking trips out instead whilst it’s light. We went to the garden centre recently to buy plants, and we bumped into friends of Peter’s from childhood which was fantastic for him.

To help with his communication, Peter and I worked on a simple writing aid showing the alphabet; using this, Peter better understands what letters he may need to write on bills or lists. He has done so well in developing his writing, which his lack of confidence had affected before. He now signs his full name at the bank, and Peter’s sister received a hand-written birthday card from him for the first time in 15 years! A great milestone for him. 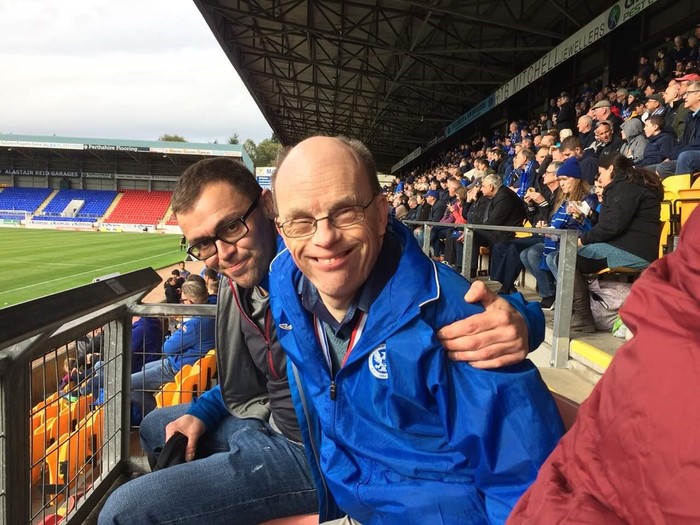 In his flat at Upper Springland, Peter has his own space and a kettle and fridge, creating more independence for him. Making a tea or a coffee is something many of us take for granted, and this was a skill Peter was losing before he came to us. Now, after some time together, Peter can confidently make himself a coffee when he chooses and he enjoys the new confidence in this, offering me or his visitors a nice hot drink.

Peter is less afraid of the dark now, I can see this in him. I’ll use our Makaton sign language to encourage that the nighttime is good as it means we can take a well-earned rest in bed. We close his blinds and assure him nothing has changed outside, it’s just not light for a little bit, everything is still in its place. He responds well to this if he’s upset from the dark.

Peter really has come on leaps and bounds – he even walked me outside in the dark one night when I was leaving for the day!”

Annaty is a residential service is based in Perth. We help disabled people achieve their goals and to live independent lives, with a little assistance. To learn more about Upper Springland or our work more generally, get in touch.